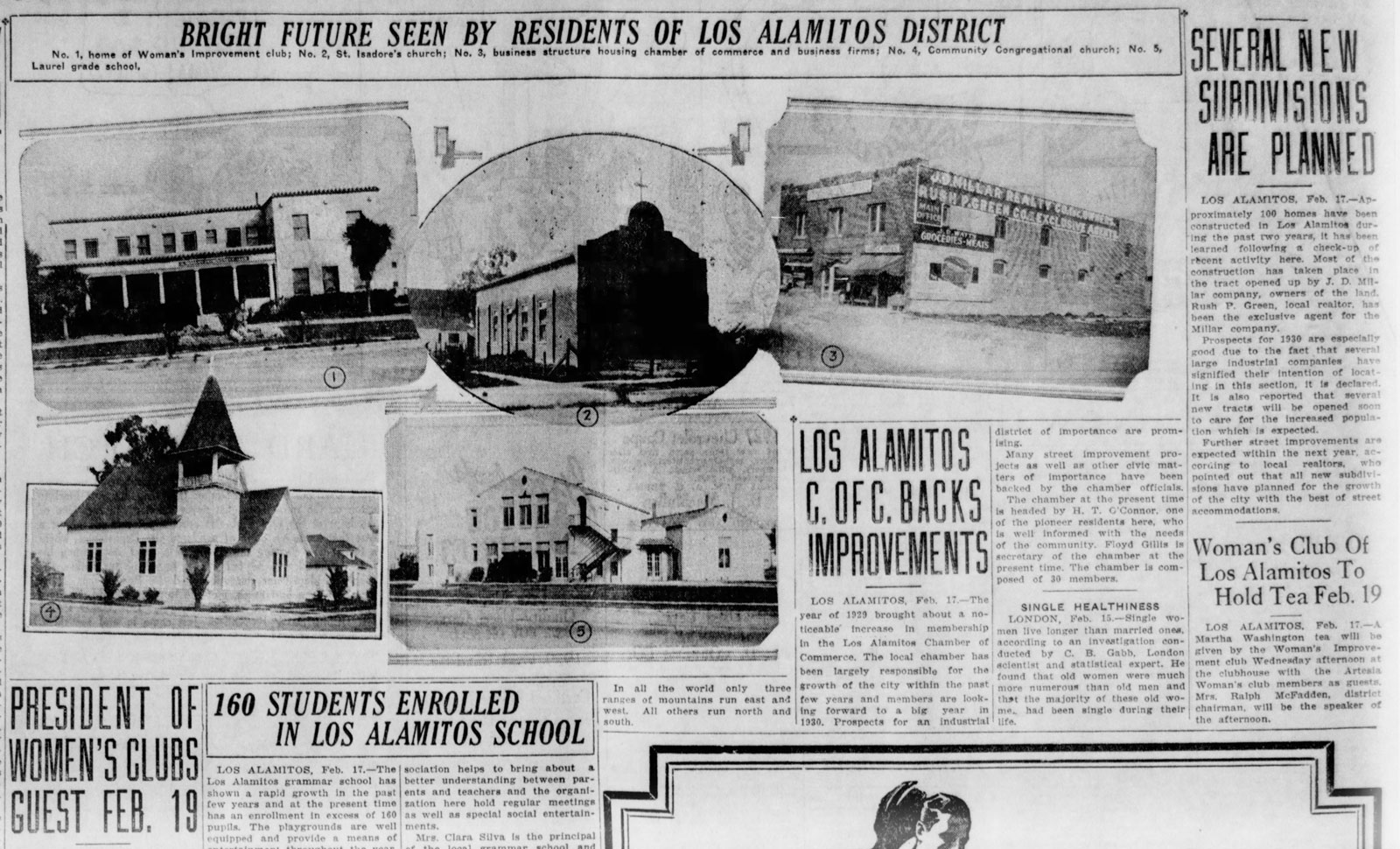 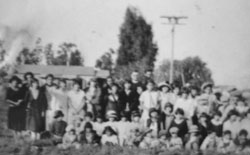 In 1921, St. Isidore Parish was established. Holy Family in Orange and St. Anne in Seal Beach were established the same year. There were only five parishes established in Orange County prior to 1921, the first being San Juan Capistrano. All of these parishes were part of the Monterey and Los Angeles Diocese. Not having a church building, the parishioners met for services at the local Felts General Store or the Harmona Hotel, both of which were on Main Street (now Reagan Street) in Los Alamitos. These parishioners were field hands, employees of the sugar beet factory, farmers, ranchers, dairymen and members of the community. While very small – population of about 500 – culturally, the town of Los Alamitos was very diverse including people of Dutch, Mexican, Portuguese, Italian, Belgian, Irish and French descent.

Building of this Landmark 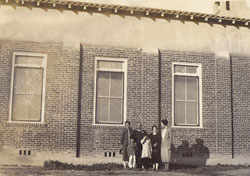 In 1922, the parishioners of St. Isidore Parish went to the Bixby Land Company and asked for property to build a church. The Bixby Land Company granted the property for a deed transfer fee of $10, which would be $132 in 2011, to the Roman Catholic Bishop of Monterey and Los Angeles in 1924. Mike Reagan gave the water rights and helped organize the building of the church. In 1926, this historic landmark was built by people in the community. It was named St. Isidore after the patron Saint of laborers and farm workers.

The original church building was a simple chapel with brick façade and big bright windows. On May 10, 1933, the church suffered damages from the Long Beach earthquake. While the church was being rebuilt, Mass was held in Scott Brothers General Store (formerly Felts General Store). 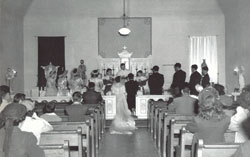 Once again, the community unified and organized to rebuild this landmark. The Chapel was rebuilt in the popular Spanish Revival style that has persisted to the present day. Beautiful plastered walls, wood beams, wrought iron accents and ceramic tiles are a few of the iconic elements utilized. The altar was spectacular – made entirely of beautifully hand-cut Belgian marble, and the aisle was flanked with marble statues. Truly a gem. 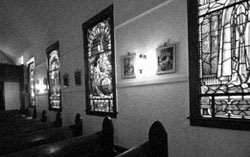 Throughout the 1930s and early 1940s, ten magnificent stained glass windows were created and installed. The windows went up one by one as individuals and families donated the funds. You can still find the donors’ names today on each of the windows. (To learn more about the windows, click here.) 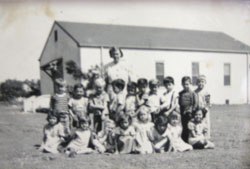 Some time during the 1940s, Father McFadden organized the building of the Hall. The parishioners constructed the Hall, which was then used for Religious Education Classes and various other classes for the Adult Education Department of North Orange County. The Hall was referred to as “The People’s Hall.”

This landmark served as a Heart of the City, providing support to the community through the Great Depression, earthquakes and floods of the 1930s, Pearl Harbor, WWII and food rationing of the 1940s, the Korean War, the Cold War and the Baby Boom of the 1950s.

With the opening of St. Hedwig in 1960, Father Dominic Daley, pastor of the Parish, felt it was best to close St. Isidore because two churches would cause financial drain on the Diocese. St. Isidore was not only closed, but also gutted. The spectacular bell, hand carved pews, and Belgium-marble statues and altar were given away. The only original items left were the beautiful stained-glass windows. 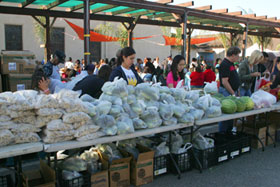 In 1962, Father Quinn came to St. Hedwig. He had a great affection for the Hispanic parishioners and re-opened St. Isidore Church in the 70s, providing Mass in both Spanish and English. He also started the St. Isidore Family Center in The People’s Hall. When the church was reopened, a new altar was built, not of marble, but of a 70s-style wood structure.

At this time, the community was flourishing. A group of women known as Las Guadalupanas organized many social activities such as the Cinco de Mayo Fiesta. Once again, St. Isidore became a focal point in the community.

Final Closing of a Landmark

Save This Historical Landmark

Help save St. Isidore Historical Plaza for future generations. We appreciate any amount you can give.

We have many different ways in which you can volunteer supporting everything from saving and preserving this beautiful landmark to helping with our current community services, special events or helping in our administrative offices.